According to legend, God created the island when he had finished the world and there was no material left. He threw some granite boulders into the sea and kicked them. Then he gave Sardinia the best on earth. Sardinia is rightly considered one of the most popular holiday destinations in the Mediterranean. Together with Corsica it forms an incomparable sailing area. 2000 m high mountains, waterfalls and the most spectacular shores of the Mediterranean promise unforgettable scenery.

Sardinia is legendary for secluded creeks, whose red stone shines in the sun, as well as beautiful sandy beaches and bays in deep turquoise. On the Costa Smeralda, the Emerald Coast, meets the jet set. Porto Cervo and Cala di Volpe are home to the largest luxury yachts in the Mediterranean. Interesting boutiques, beautiful cafes and restaurants invite you to stroll.

Bizarre cliffs and small islands delight us with incredibly beautiful bays. Red rock forms with the rich green of the forests and the turquoise tones of the sea unique color plays. As a sailor we enjoy the privilege of being able to reach the most beautiful sandy beaches of Lake.

The south of Sardinia is less touristy. The city of Cagliari fascinates with magnificent Baroque facades. The famous beaches of Pula, Chia and Villasimius, as well as countless secluded bays in all shades of blue and turquoise, invite you to take a bath with a Caribbean flair. In the far south we find in Su Giudeu one of the most beautiful beaches of the Mediterranean with crystal clear water and up to 20 meters high fine sand dunes.

The town of Alghero shows typical Sardinian life in the narrow streets. The high, impassable mountains inland have always offered quiet retreats. The city of Tempio Pausania shows the former prosperity of the granite mining with proud town houses.

The enchanting islands of La Maddalena, the island archipelago between Sardinia and Corsica but also Tavolara in front of Olbia and the Isola Caprera near Palau are waiting to be discovered by us. At La Maddalena also fascinated by a lively colorful underwater world.

As the home of the Pecorino Sardo, Sardinia is worth a visit for its great cheese.

For centuries, as in Sardinia, the people of Corsica lived secluded in the high, impassable mountains. Dangers always lurked from the sea. The old watchtowers testify to the times along the coast. Many traditions are still maintained today. The Corsican language is closer to the Italian than to the French, and to this day Corsica's autonomy is very important to France. The very special and deeply melancholic music of the Corsicans does not only touch the locals.

Corsica also offers delicious delicacies. The overgrown Corsican domestic pigs roam free in the forest and, with a healthy movement, prefer eating chestnuts in the dense forests. Her ham is legendary.

Between St. Florent in the north and Bonifacio in the south we find sheltered coves and sandy and rocky beaches. In the dense forests inland rushing numerous waterfalls. On the west coast fascinates the most spectacular coast of the Mediterranean. Red tipping and adventurous rock formations always provide surprises. Ajaccio, the largest city on the island, holds France's record with 2900 hours of sunshine a year. Here is also the birthplace of Napoleon Bonaparte. He said that he could recognize his native Corsica of See by its beguiling scent of rosemary and thyme.

In the very south of Corsica, the white town of Bonifacio awaits us. The houses are here adventurously built on the eroded cliffs of light rock. On the 70 m high plateau of the city narrow footbridges and steep stairs invite for a stroll through the boutiques and cafes. Above the town is the magnificent citadel. Always exciting again is the harbor entrance to Bonifacio between steep cliffs. On clear days, you can see Corsica 12 km away on the coast of Sardinia. In the road of Bonifaccio, where the high mountains of both islands form a nozzle, a stiff breeze often blows.

Click here to sailing experiences at Sardinia and Corsica ... 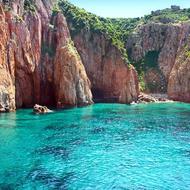 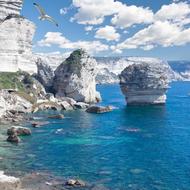 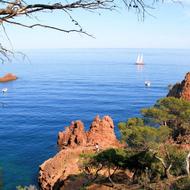 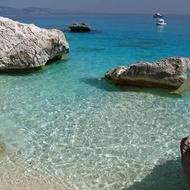 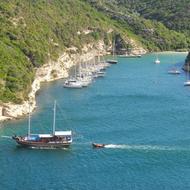 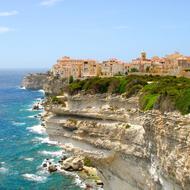 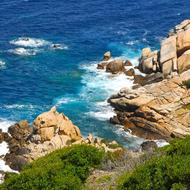 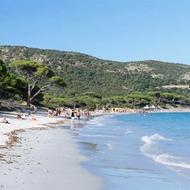 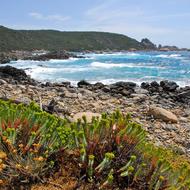 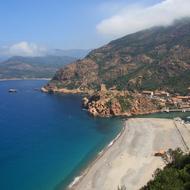 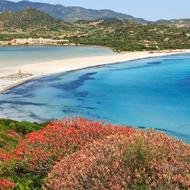 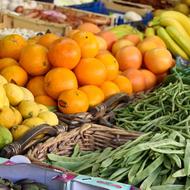 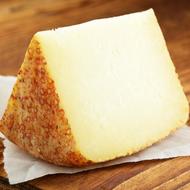 Day 1: Ajaccio
Check in in the late afternoon in Ajaccio. Sailing to Sainte Barbe in the bay of Ajaccio. Dinner with french cuisine in the bay on Board or in the beautiful city Ajacchio.

Day 2: From Ajaccio to Sagone or Cargèse
We sail to Sagone or Cargèse. Sagone is a small fishing village on a long white sandy beach. A little further on is the port of Cargèse. The typical Corsican place was dominated by the ancient Greeks. Lunch on board, swimming, relaxing, walk in town. Dinner.

Day 3: From Sagone / Cargèse across the Gulf of Porto to Girolata
We will sail along the wild coast until we discover Cala di Palu and its famous Sugar Loaf Rock. Mooring and lunch in an estuary lined with steep rocks. Time for swimming, snorkelling or kayaking. After lunch we set sail to Les Calanques de Piana. The view Rock formations on huge caves and rock formations, which are reminiscent of animals in red, orange and pink fascinates us until the Gulf of Porto, a World Heritage Site by UNESCO. After passing Capo Cenino, we reach the enchanting gulf of Girolata with the Genoese bastion and the fishing village. Here we spend the night.

Day 4 Girolata to Calvi
After breakfast we sail to the nature reserve Scandola. The wild coast characterized by reefs and islets is the highlight of Corsica's magnificent coastline. According to the regulations in the nature reserve, we can admire the labyrinth of underwater rocks with countless fish. Mooring, swimming and lunch in Scandola. Sailing to Calvi. In Calvi, which is characterized by the Genoese, loads of bars and restaurants. In the upper town, narrow streets meander to the magnificent citadel. Night in the marina.

Day 5: From Calvi across the Gulf of La Revallata to Girolata
In the morning we have time to explore Calvi before we leave for the Gulf of La Revellata. Time to swim, relax, snorkel and kayak. After lunch, sail towards Girolata. South of Calvi, the scenery turns wild again in bright red granite. Sailing is the most beautiful way to discover the Scandola nature reserve and the beautiful Corsican landscape. The volcanic origin of the island has been created with wind and water breathtaking landscapes of unique rock formations and secluded coves. Further south, we discover the small fishing village Girolata, one of the last places on the coast, which is only accessible from the water. The scenery is unique: Girolata has a fantastic quality, the red of the surrounding rocks framed a stony beach, a few houses and the imposing Genoese watchtower. Time for water sports. We spend the night in Cala Muretta or Cala Vecchia.

Day 6: From the Bay of Girolata over Capo Rosso and Cala Di Palù to Sagone / Cargèse
The path around Capo Rosso and numerous scenic highlights takes us today to the place, we did not see on the way there. Time for swimming, relaxing, and water sports.

Day 7: From Sagone Bay to the Bay of Ajaccio
We sail in the bay of Sagone to a nice anchorage for lunch. Then on to Ajaccio. In the afternoon we have time to explore Ajaccio. The hometown of Napoleon Bonaparte invites you to relax and enjoy the many cafes, restaurants and shops.

Day 1: Ajaccio
Arrival in the afternoon. Sailing to Sainte Barbe in the Bay of Ajacchio. Dinner and accommodation on Board or in one of the restaurants in Ajacchio.

Day 2: Ajaccio - Valenco
Sailing towards the Gulf of Valenco, whose beauty was sung in many Corsican songs. After lunch swim, kayak, relax or snorkel on the rocks of Taravu. Later drive to the Gulf of Valenco. The evening will be spent in Campo Moro, an authentic fishing village with authentic charm, a few bars, restaurants and shops, as well as a restored Genoese bastion.

Day 3: Gulf of Valenco - Sénétose
Sailing to Sénétose with its magnificent wild anchorages. Lunch, swim, relax, kayak, snorkel. Sailing to Bonifacio along the imposing fjord coast. Bonifacio in the late afternoon, beautiful as well as spectacular.

Day 4: Bonifacio - Lavezzi archipelago
Sailing to the Lavezzi/La Maddalena Islands. Stacked rocks, polished by erosion and countless fish in the turquoise waters. Lunch and water sports on the island of Piana, a nature reserve.

Day 6: Rocapina Bay - Gulf of Valenco - Propriano Watersports and relaxing in the morning. In the afternoon sailing along the beautiful coast in the Gulf of Valenco. In Propriano we have a lively harbor with many bars and restaurants. Day 7: Propriano - Ajaccio In the morning sail to Ajaccio. Lunch on the beach with time for snorkeling and water sports. In Ajaccio in the late afternoon. Explore the hometown of Napoleon Bonaparte or just enjoy the hustle and bustle in the harbor.